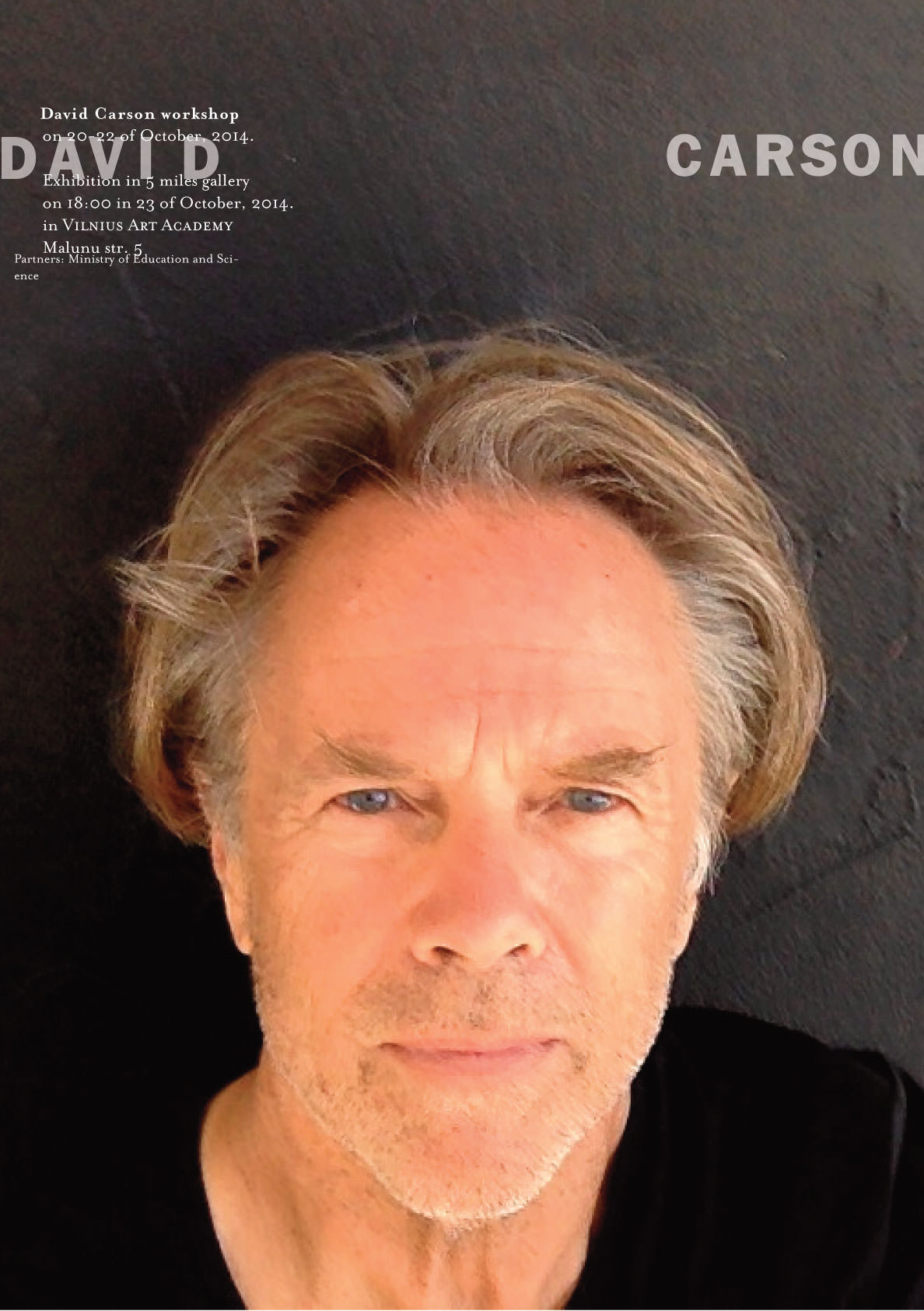 oct 2014.davids sold out lecture and workshop in lithuania.

davids poster for his A.I.G.A., austin lecture. 2014. the poster was Arminized* before printing. (*changing ones work without permission or discussion)

david’s speaks to a sold out crowd on monday, october 7th at portlands Design Week.
david presentation is being sponsored by wieden+kennedy, and Plazm magazine.


david is back from speaking + workshops in urguay and new zealand,
david will be speaking in italy in late february, and at typoberlin in may. more lectures tba

My name is Cecilia, i’m 27 years old and I’m form montevideo, uruguay. I’d been familiar with your work long before i attended to your conference a couple of weeks ago, and i must say that it was worth the waiting and the neck pain i got from sitting on the floor with my head twisted enought to be able to see the images. I’m sorry to say that i thanked god for speaking english…since many things got lost in translation, litteraly. Many of these things caught my attention, but one really did it big time: the fact you consider the possibility that some graphic design pieces could trully be a pice of art. I attended to the national school of fine arts, and i’m also a web designer…so, discussing with students and collegues from both sides.. they seem to think i’m crazy for sharing that thought,so though i’m used to having a foot on each field and convinced that they can meet and converge in certain graphic pieces, i was great to hear someone else saying that it might be possible. I felt related to so many things, i’m a photographer (i was that before i even started studying webdesign), and i always have my cam on me..anyway, my point is that all those things people told me over the years that i couldn’t be involved in more than one field (or none would take me seriously)… came down to the ground listening to you, and i admit it, i felt amused by those people’s faces as they listened (it’s interesting how people may change their minds about something as soon as they listen to a “respectable and trustfull” source). I’d have liked to talk to you a bit more..but i knew it was not possible, you did say where you were going to be, but it was going to be crowded and it’s unhuman to expect you to have a conversation with everyone who feels like it. But to be honest, i think i would have liked that not because of what you may represent in your field, but cause i thought you were a nice, kind and interesting person to talk to, besides the fact that we obviously have some common interests. Bottom line, i’d have enjoyed talking to the person behind the name.

Now i’ve a job interview tomorrow, i’m doing a new portfolio, and for some reason i remember the conference, and the fact you said you read the e-mails people send you, and i just thought you might like to know, it was an inspirational experience, and it was fun as well (like the “friendly child eatter dog” jaja) so i worte this e-mail.

Well, thanks for reading and enjoy your days.
–
Cecilia
www.flickr.com/photos/ceciliabrum
select advertisers considered for this page. contact